Approach to getting into Ketosis Fast. There are many other ways to get into Ketosis. Feel free to do as you wish.

If you are taking medication for:
– THYROID DYSFUNCTION
– HIGH BLOOD PRESSURE
– or taking WARFARIN,
– if you are under 18, if you are PREGNANT, BREAST FEEDING, or suffer from DIABETES, ANAEMIA, EPILEPSY, GOUT, KIDNEY, LIVER, or HEART DISEASE…..

PLEASE CONSULT WITH YOUR DOCTOR BEFORE STARTING

STEP 1
Prepare yourself. You need 5 weeks of being strict with your eating and drinking habits. Otherwise you are wasting your time.

STEP 2
Stock up on food and items you need to start.

STEP 4
Drink more water than you normally do on a daily basis.

STEP 5
Don’t consume any of the Keto Forbidden Food, and most likely you will not feel hunger pangs or cravings.

LEARN TO READ INGREDIENT LABELS of items you buy.
if it says sugar, pls AVOID at all costs (hint – most items ending with -ose are sugar)

1. Apple Cider Vinegar (ACV that has no fillers and no honey)
2. Good Fats
– butter (unsalted pls. margarine and spread are NOT butter)
– coconut oil (ensure its not blended with fillers)
– olive oil (extra virgin, pure or pomace are all ok)
– ghee (pure and not blend)
– avocado oil / almond old (a bit expensive)
– lard and similar non-halal items (if you are ok with it)
– try to refrain from palm oil for now. when you are in deep ketosis, try eating palm oil and the ones that don’t kick you out of ketosis are ok for you
3. eggs
4. chicken or meats (that you are ok with)
5. vegetables (most green veg)
6. vegetables (some non-green vegy but in small quantities)
7. herbs and spices (unmixed and unprocessed types)
– beware some powders/mix and white pepper has fillers eg flour
8. Rock Salt / Sea Salt (no iodized table salt pls)
9. MCT oil (Multi Chain Triglycerides)
10. Green Tea, Tea or Coffee (only if you need it, make sure its unsweetened and the lower the Caffeine the better)

ps – all these items above are highly recommended. if you are Keto Adapted, then these don’t apply to you 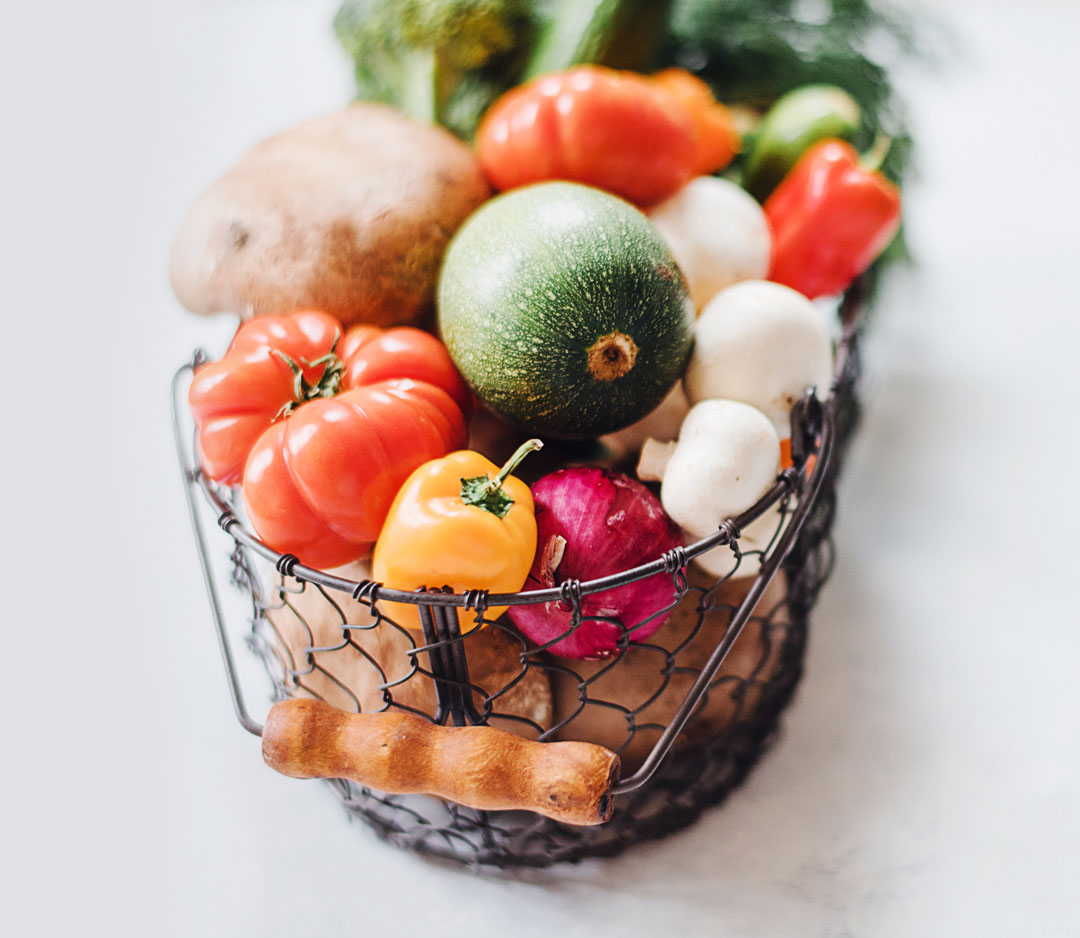 Do not increase vegetables by too much as you can get kicked out of Ketosis.
beware of treats (too much can kick you out of Ketosis)
– cheese (pls only buy hard cheese eg Parmesan and Mozarella. the rest have higher carbs). If possible avoid all until after 5 weeks
– similarly some cream/heavy cream/whipping cream are ok and some cream are not ok (check label for amounts of carbs and sugar). If possible avoid
– sugar substitutes eg stevia, erythritol, etc. (if possible abstain for the first 5 weeks)
– don’t drink too much coffee/caffeine in the first week (it can affect insulin sensitivity and hinder you from getting into Ketosis)
– most western herbs and spices are ok eg paprika, thyme, oregano, etc
– beware : certain asian herbs and spices are mixed with fillers eg flour. chilli flakes are ok
– some berries are a treat (very little amounts) and best avoided for now. Rest of/most fruits are a definite NO.

if you’re not losing weight or fat fast enuff, check:-
a) there might be hidden sugars in your food
b) you might be still eating processed food
c) your understanding of what carbs are might need to be revisited and you might be consuming too much carbs per day
d) the supplements you are eating might contain hidden fillers that are one of the above ie sugar or carbs
e) you might need to read this post again and again. eg cheat meals will kick you out of Ketosis for sure, a certain food that says no added sugar might contain natural sugar so we all got to get good at reading bottled/canned/packed food labels, list of ingredients and nutritional content in the food items.

Ps – a Keto meal need not be as bland and boring as mine. I’m just lazy to spend more than 10-15 minutes a meal. Explore the substitution list and the images in this Pinned Post to create your own combinations of food items to your taste. If you keep it simple to begin with then slowly expand the food items in week 2 onwards, then its easy for you to monitor what keeps you in Ketosis, what gets you into deeper Ketosis and what forbidden items or treats that KICK YOU OUT OF KETOSIS (i hope this does not happen to you!)

AND pls DRINK A LOT OF PLAIN WATER DAILY ie a bit more than usual. for me, i started with 3 litres, then 4 litres and now i’m at 5 litres per day roughly

– Good Fats eg Butter, Olive Oil, Coconut Oil, Pure Ghee, etc
– Veg eg most dark green veg are good
– Proteins eg chicken, beef (for those who can eat), pork (for those who can eat), etc (i initially stay away from fish coz all farmed fish are not good. In Malaysia, its hard to figure out which fish is truly caught from the sea and not farmed)
– i start by weighting my proteins (uncooked weight) on my small food scale

MEN GET 240 GRAMS OF PROTEIN PER DAY
WOMEN GET 180 GRAMS PROTEIN PER DAY
as i pan fry my meal, and my chicken is in my pan, i spread out my chicken to cover 1/3 of my pan. i spread it out evenly and take a mental note of the height of the chicken from the base of the pan.

VISUALLY, I THEN FILL UP 2/3 OF THE PAN WITH DARK GREEN VEG (same height as the chicken)
by doing things this way:-
– 1) i don’t need to weight the veg i eat for every meal
– 2) i learn to guesstimate what amount of veg gets me into ketosis, so in a few months time, i can visually guesstimate how much outside food is enuff for me (eg we can visit Delicious restaurant and order the Salad + Grilled Chicken. by asking for dressing on the side and removing the bread croutons its a pretty ok Keto-Friendly meal. i eat 1 meal portion and then ask to pack the balance. i can only do this when train myself so much at home that i can guess what amount of outside food is enuff)
– 3) we gotta keep things simple and easy

Signs of Ketosis (some people get them):-

2) start feeling hotter than normal as fat burning has started. i got chapped lips when i didn’t drink enuff

3) Keto Flu might mean less energy or lethargy, then when Ketosis truly kicks in, i have tons of energy. i even slept less each day. we might not be able to sleep at night. drink more water to comfort ourselves to sleep. then i started waking up earlier coz my body told me i have had enuff sleep

4) learn to LISTEN TO YOUR BODY VERY CLOSELY. Keto Flu can show up in many different ways. if you really can’t figure it out, ask on the wall or contact us Admin ya.

6) keep looking at the mirror. sometimes we don’t lose weight coz our muscle increases (Keto can do that sometimes. even tho we don’t exercise). Muscle is heavier than fat. Fat is bulkier than muscle. so, if your body’s muscle is up, you might not lose weight BUT by looking in the mirror and wearing pants that are normally tight, you might be able to see smaller cheeks or feel that your pants are suddenly loose! then a weight loss goal is less important than a fat loss goal.

When followed correctly, this low-carb, high-fat diet will raise blood ketone levels. These provide a new fuel source for your cells, and cause most of the unique health benefits of this diet.

On a ketogenic diet, your body undergoes many biological adaptions, including a reduction in insulin and increased fat breakdown. When this happens, your liver starts producing large amounts of ketones to supply energy for your brain.

However, it can often be hard to know whether you’re “in ketosis” or not.

10 SIGNS AND SYMPTOMS THAT YOU’RE IN KETOSIS

Here are 10 common signs and symptoms of ketosis, both positive and negative.

After the initial rapid drop in water weight, you should continue to lose body fat consistently as long as you stick to the diet and remain in a CALORIE DEFICIT.

A way to measure blood ketone levels is a breath analyzer. The use of acetone breath analyzers has been shown to be fairly accurate, but less accurate than the blood monitor method.

Another good technique is to measure the presence of ketones in your urine on a daily basis with special indicator strips. These also measure ketone excretion through the urine and can be a quick and cheap method to assess your ketone levels daily. However, they are not considered very reliable.

The most reliable and accurate method of measuring ketosis is to measure your blood ketone levels using a specialized meter. It measures your ketone levels by calculating the amount of beta-hydroxybutyrate (BHB) in your blood. This is one of the primary ketones present in the bloodstream. According to some experts on the ketogenic diet, nutritional ketosis is defined as blood ketones ranging from 0.5–3.0 mmol/L.

Measuring ketones in the blood is the most accurate way of testing, and is used in most research studies. However, the main downside is that it requires a small pinprick to draw blood from the finger and can be costly.

However, it’s been suggested the hunger reduction may be due to an increased protein and vegetable intake, along with alterations to your body’s hunger hormones.The ketones themselves may also affect the brain to reduce appetite.

When you start a low-carb diet, your body must adapt to burning more fat for fuel, instead of carbs. When you get into ketosis, a large part of the brain starts burning ketones instead of glucose. It can take a few days or weeks for this to start working properly.

Ketones are an extremely potent fuel source for the brain. They have even been tested in a medical setting to treat brain diseases and conditions such as concussion and memory loss.

These often cause people to quit the diet before they get into full ketosis and reap many of the long-term benefits.

These side effects are natural. After several decades of running on a carb-heavy fuel system, your body is forced to adapt to a different system.

As you might expect, this switch does not occur overnight. It normally requires 7–30 days before you are in full ketosis.

To reduce fatigue during this switch, you may want to take electrolyte supplements.

Electrolytes are often lost because of the rapid reduction in your body’s water content and the elimination of processed foods that may contain added salt.

After several weeks, many ketogenic dieters state that their performance returns to normal. In certain types of ultra-endurance sports and events, a ketogenic diet could actually be beneficial.

While it is unlikely that a ketogenic diet can maximize performance for elite athletes, once you become fat-adapted it should be sufficient for general exercise and recreational sports

Most of these issues should subside after the transition period, but it may be important to be mindful of different foods that may be causing digestive issues. Also, make sure to eat plenty of healthy low-carb veggies. They are low in carbs but still contain plenty of fiber.

However, this usually improves in a matter of weeks. Many long-term ketogenic dieters claim that they sleep better than before after adapting to the diet.

Take Home Message
Several key signs and symptoms can help you identify whether you are in ketosis.

Ultimately, if you are following the guidelines of a ketogenic diet and you stay consistent, then you should be in some form of ketosis. 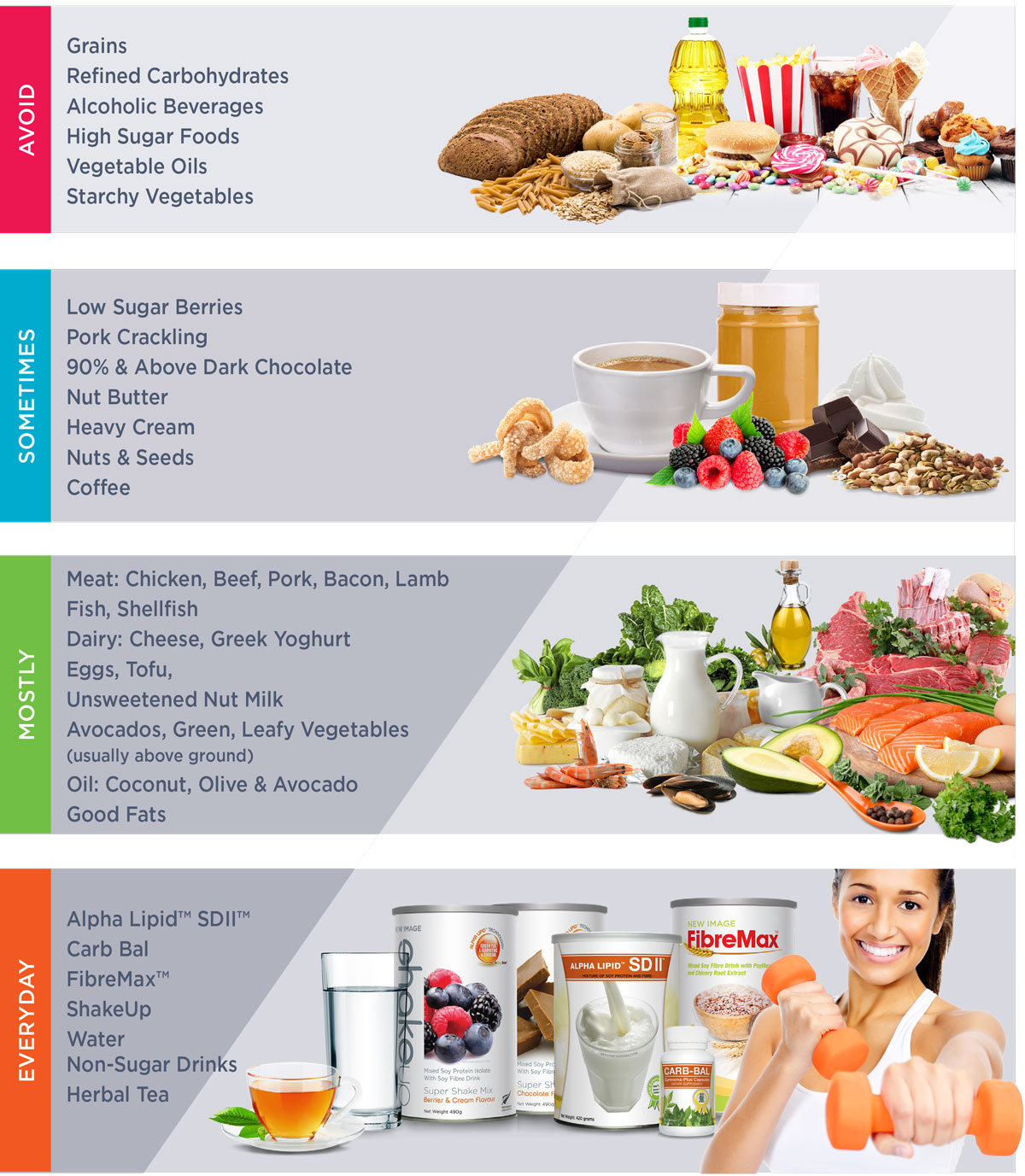